The KY-024 Linear magnetic Hall sensor reacts in the presence of a magnetic field. It has a potentiometer to adjust the sensitivity of the sensor and it provides both analog and digital outputs.

Getting started with the KY-024 Linear Magnetic Hall Sensor 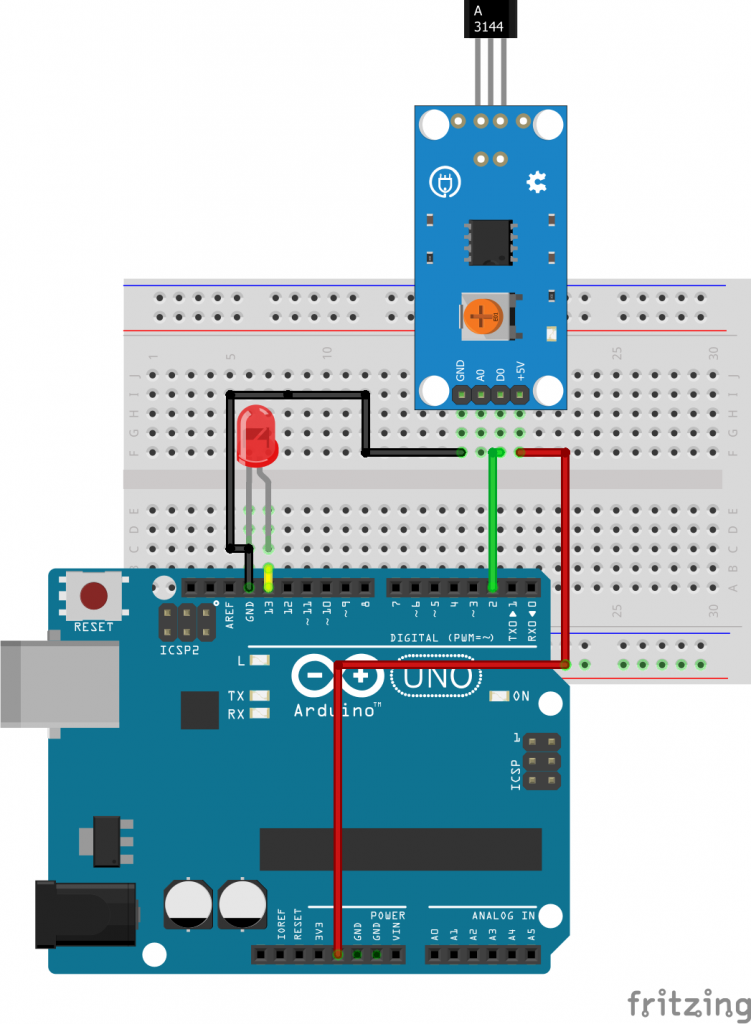 The LED can be plugged directly into the Arduino with the positive leg in Arduino pin 13 and the other leg plugged into the ground pin without a resistor because Arduino has an internal resistor attached to pin 13.

The code for this project is really simple, all we want to do as earlier mentioned is to check if a magnetic field is being sensed and if yes, turn on the LED if no, we turn off the LED.

Copy the code and upload to your Arduino board. You should see the LED switch when a magnet is brought close to it .